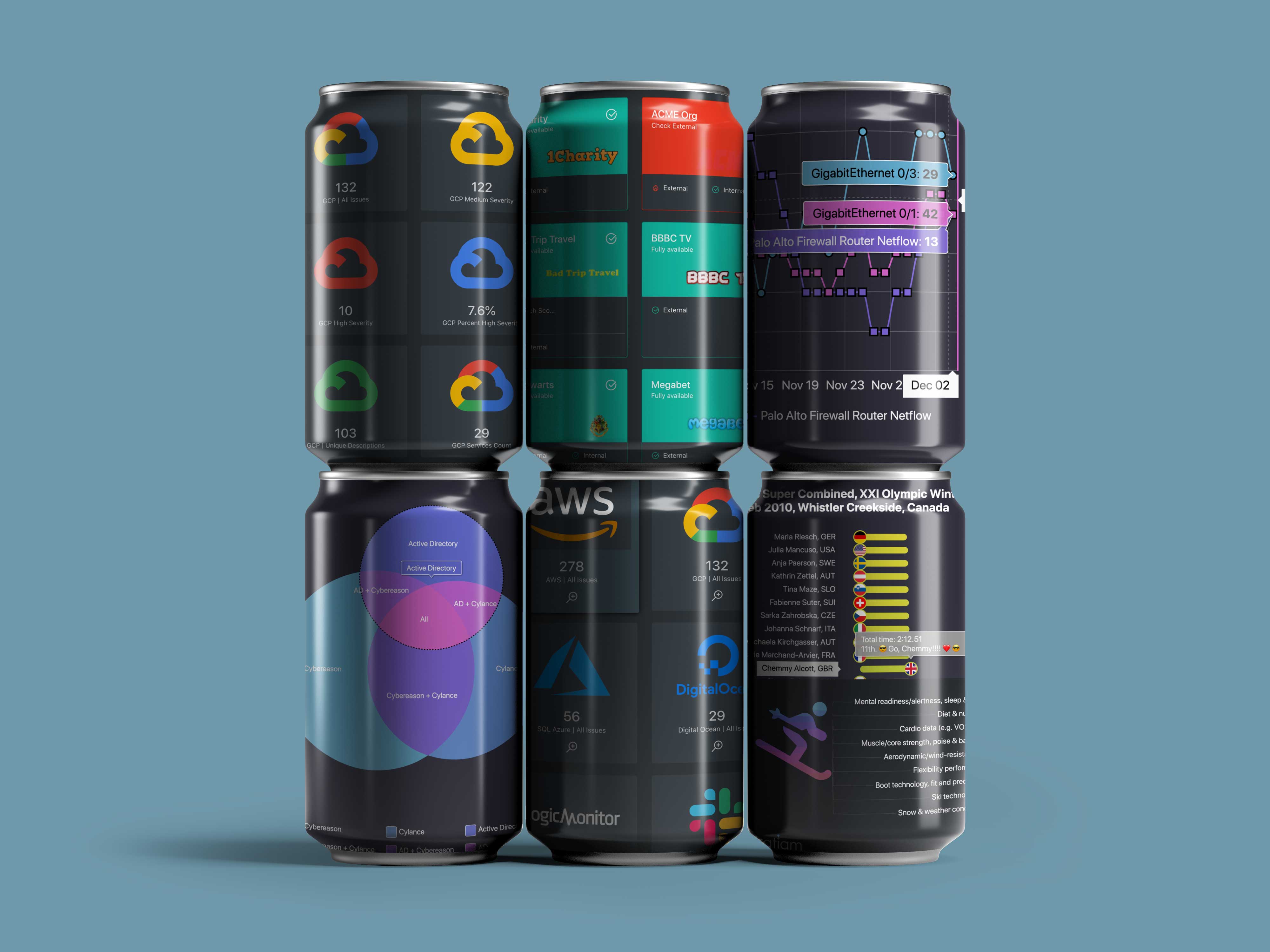 To answer this question, it might help to first explain what the term ‘pre-canned reporting’ means.

If you’ve ever opened a newspaper to browse a 3-day weather forecast, the football results or stock market top-gainers - then you’ve used a ‘pre-canned report’. This type of report wasn’t specifically designed just for you, it’s been pre-canned, for digestion by a large audience, and will usually be curated with high-quality data visualisation elements, such as maps, football team images, company logos and other supporting elements to increase engagement.

This ‘pre-canned report’ is different to say viewing the same raw data on an excel spreadsheet, where you’ve got the option to manipulate the data yourself, but with a slightly dull and un-engaging look to it.

Pre-canned reports are immediately more engaging to the end-user than raw data, but they are ultimately limited because they seldom let you interact with the data.

Pre-canned analytics takes things up a level from pre-canned reports. A great example is when you fire up your Fitbit app to view your stats.  Fitbit displays your data, on a gorgeous user-interface, which, and unlike the pre-canned weather report example, its your data that you can now interact with. You can play with date-ranges, compare your performance to the previous week and so on...albeit, and in my case, with a shockingly low step-count. Fitbit utilises beautifully-designed iconography, great data-visualisations and a well thought-through user-interface.

This is pre-canned analytics at its best and is exactly what we’re doing inside our Stratiam product. Stratiam doesn’t (yet) track step-counts but you can point Stratiam to your favourite data-sources and then load-up beautiful Fitbit-like dashboards and data-visualisations in a jiffy.

Pre-canned analytics is the best of both pre-formatted and explorable-data worlds - since it gives you a highly engaging front-end with and the option to also interact with the data. We actually believe we take pre-canned analytics a step further than Fitbit, because Stratiam can also customise the complete look and feel of the platform, adding in custom logos and brand elements via our white-label options. Furthermore, we can also give you the raw data-feed if you ever want to export and play with the data further.

Stratiam has a growing list of over 30+ data-sources you can connect to and over 200 dashboard types. These load in sub-second speeds and have a gorgeous, Fitbit-like user-interface ready for you to experience for yourself. So, if you want to give pre-canned analytics a test drive on your data please request a trial.