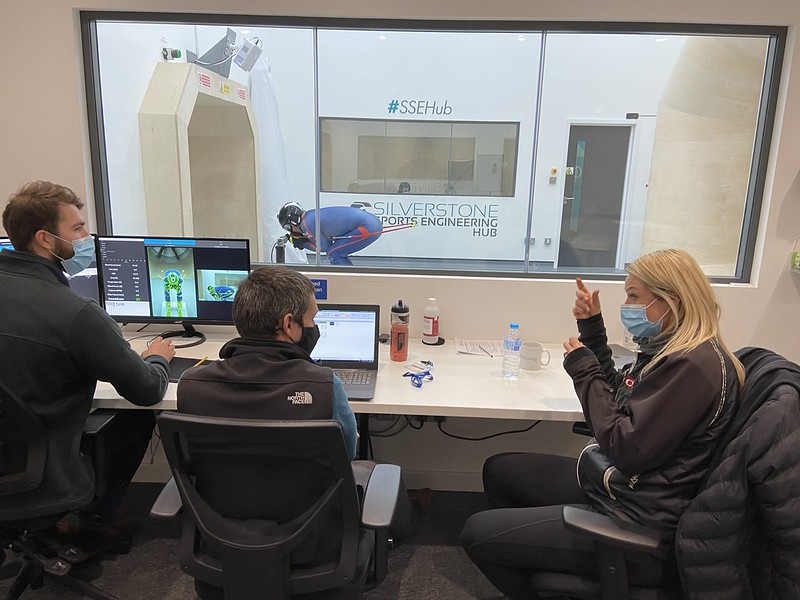 How Stratiam helps to identify performance improvements and competitive advantage in IT, business and sport

I’m old enough to remember that in the early days of the Internet upload and download speeds were so poor that you were lucky if you could upload a 10Mb file. How times have changed and most of us haven’t even noticed that we are all streaming video, working from home and operating as though the Internet was just like turning a light bulb on or boiling a kettle.

There is now an acceptance that speed and data are intrinsically linked to performance in many aspects of our daily lives, whether it’s working from home, watching live content, being involved in sport or even running an IT business like Intergence.

During the current lockdown for example, our IT support desk has seen its support tickets rise by 30% due to the increased demands of our customers needing us to provide 24 x7 support for all their home workers. Despite this, we have still seen a 40% reduction in fault resolution times because we had deployed Stratiam to connect all our client’s different data sources so we could see them in one place.

Being able to correlate different data sets together means that you can spot trends and potential operational threats much quicker and enable teams to work more collaboratively to resolve potential issues. As we moved everything into the cloud two years ago, we have also been able to provide all our support remotely. Having Stratiam as a “single source of truth” has been vital for us to continue to provide a premium service to our clients during the pandemic.

However, Stratiam isn’t just an operational tool for IT infrastructure. It can do so much more than this due to the power of its correlation engine and inbuilt AI capability. It can ingest all sorts of different data sources, ranging from multiple security data points, through to website and general business performance metrics. The real power of Stratiam is the ability to get you the relevant data in the right format and present it all in a way that provides deep meaningful insight into your business. This will provide you time to focus on making a difference and extracting meaningful performance gains for your business.

Our Brand Ambassador Chemmy Alcott is a four times downhill ski Olympian and what better way to test Stratiam’s correlation and visualisation than with her? Chemmy came up with the brilliant idea of seeing whether we could bring various data points together and see if Stratiam could help pin-point performance gains for competitive advantage.

Chemmy suggested that we should try a wind tunnel for the testing and we settled on the excellent facility at Silverstone racetrack. She insisted that I should also be part of the experiment and somewhat reluctantly I also agreed to wear a catsuit. I must confess that whilst my physique is no longer conducive to squeezing into such a tight-fitting garment, the results of the testing were quite astounding.

We tried several different experiments going from skiing in normal gear through to full race tuck in a cat suit. All the results were correlated together into Stratiam and we were able to see in one correlated dashboard all the different data feeds and results. Overall and unsurprisingly, moving from normal ski gear to full race suit showed a 40% improvement. However, it was only when we started to look at changing stance, poles, and helmets that Stratiam really came into its own as we were able to squeeze another 8% improvement through correlating all of the different data points into one place and discover important improvement areas. All of this was possible in an instant as the data was presented visually in one place.

We will be doing more work on the results of this experiment in the coming months, so watch out for Chemmy doing some more speed work and demonstrating how elite athletes can use performance data to gain that competitive edge. From a business perspective, we have already seen huge improvements using Stratiam in our own operational environment.

We feel that the power of Stratiam can also be used to correlate and visualise valuable business data from many different sources and industries to give unique insights in real time and one place. If you can generate an 8% performance improvement in your business, think what it could do to your bottom line? Surely that’s worth trying an experiment of your own involving Stratiam?

Watch out for more details on our wind-tunnel experiment over the next few weeks and if you would like to know more, we will be delighted to conduct “a wind tunnel experiment” with you and Stratiam.

We hope that you can join our webinar on the 11th of February with Chemmy Alcott where we will be discussing and analysing the results in more detail. In the meantime, don’t forget to watch Chemmy on Ski Sunday, this Sunday at 6.15 pm